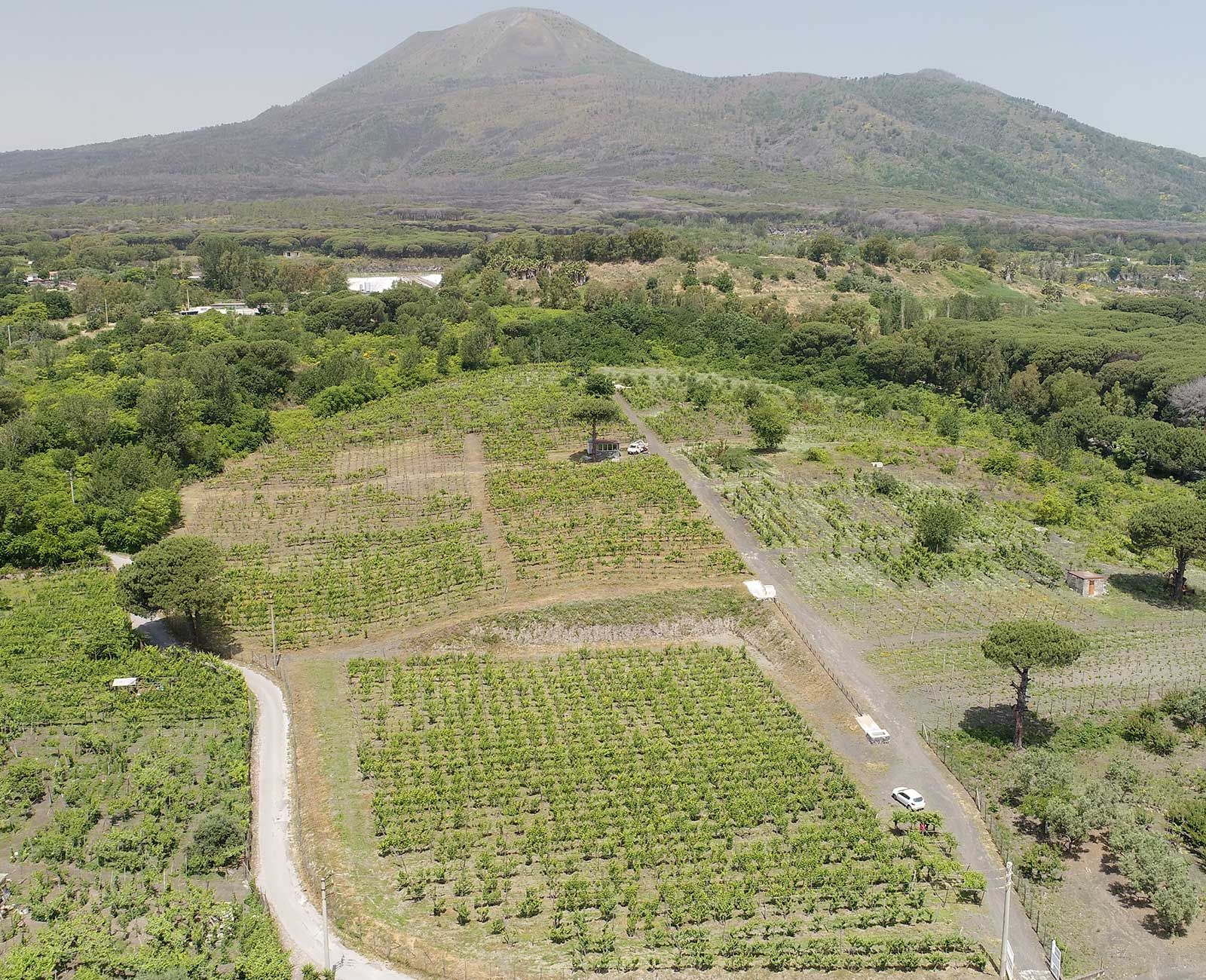 The Indo-European origin of the name “Vesuvio” is to be found in the roots "aues" (to light) or "eus" (to burn), linking to its volcanic identity. The volcanic arch of Campania, which from Roccamonfina, crosses the Phlegraean Fields and Ischia, reaching up to Vesuvius, is part of a group of volcanoes, including the insular ones Etna, Vulcano, Stromboli and the submerged Marsili, formed on an area of subduction created by the convergence of the African and Eurasian plates. Structurally, the Vesuvius is a volcano whose outer cone (Somma) was before the internal cone. Located at an altitude of 1132 m above the sea level., Punta Nasone (part of the Somma complex) is the highest peak of the ancient cone. An hypothetical reconstruction of the original shape of the Vesuvius  before the first eruption explains that it was 2500 m high. During the 19 AD, Greek historian Strabo described Mt.Vesuvius as an extinct volcano.  Plinio the Younger watched the 79 AD eruption from Capo Miseno and transmitted many details about the eruption after hearing the tales of the survivors of the rescue party in favour of the populations affected from the eruption, launched by his uncle, Plinio the Elder,  Between the 106 and 107, Plinio the Younger wrote two letters to Tacito, focusing on the eruption. These two letters became the most ancient vulcanological witnesses in human history. Lots of frescoes describing Mt.Vesuvius are kept in many ancient Pompeian houses. The most famous, probably, is the one of “Casa del Centenario”. In this fresco there is the Vesuvius covered with many vineyards, as a testimony that the ancients thought to be close to an extinct volcano.  Therefore, before the 79 AD, the volcano was depicted like an only mountain.  A territory characterized from the presence of this volcano, which represented, for better or for worse, a factor in renewing the anthropogenic activities, to the present day.  A volcano, the only one still active of Continental Europe, whose repeated activity made its soils particularly interesting for the agricultural activities. 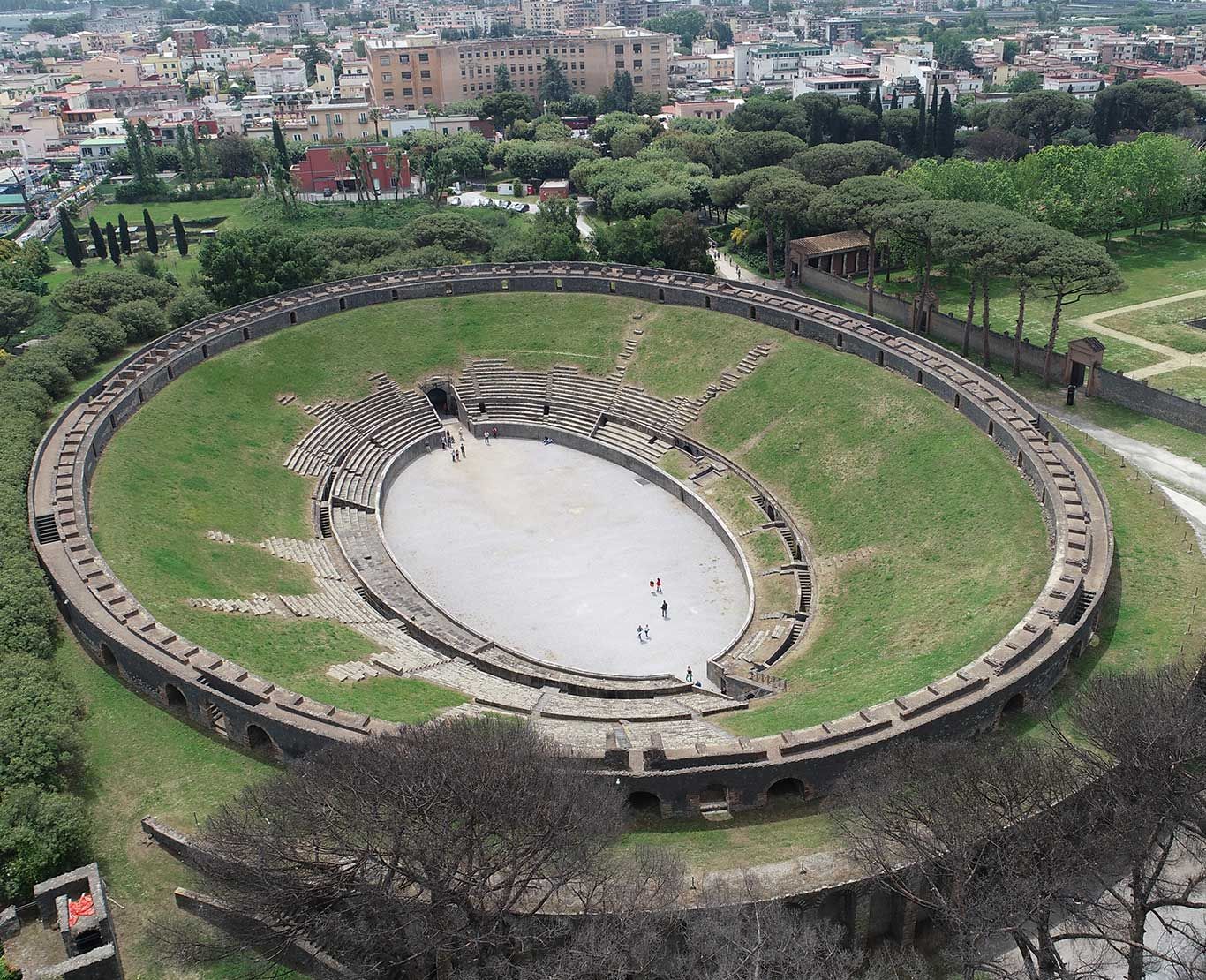 During the 9th century BC the Opici population move to this area and occupy the coastal promontory that will be the venue of Venus temple. Thus the history of ancient Pompeii was born. During the 8th century BC the Greeks arrived to Pithecusa and they started occupying the whole area of the gulf, also controlling the area of the harbour of Pompeii, in the suburbia of Porta Marina. The practice of the winegrowing was part of the Greek culture, since 15 centuries before Christ it was introduces by a Semitic population. The cultivation techniques used to include the over maturation of the grapes, while the wines used to be diluted and served during the symposium. The Greeks understood the importance of salting wines for better conservation - a practice that was also used in France for many centuries - and spread the use of amphorae and dolia for the processes of vinification, refining and transport of liquids. The relationship, more or less peaceful with the Italic peoples also leads to cultural solutions such as the married vine and the small tree. During the 89 BC the city becomes first Roman municipality and later, in the 80 BC., colony. In this period the Campania wines become the most important and renowned in the ancient world. The wines of Vesuvius were exported practically in all the great centres of the ancient Mediterranean. The Pompeian chora was composed of wineries ante litteram, villae rusticae for the production of wine and oil, including Villa Regina in Boscoreale, whose production reached the considerable figure of 30,000 liters of wine per year, it also had a wine cellar with 18 dolium. Around the backyard there were: the “torcularium” with the wine press, a tub for the grape’s pressing and a container to pick up the must.  All around the mansion there was the vineyard. The history of Pompeii and the ancient viticulture tradition ends up with the eruption of Mt. Vesuvius of 79 AD.